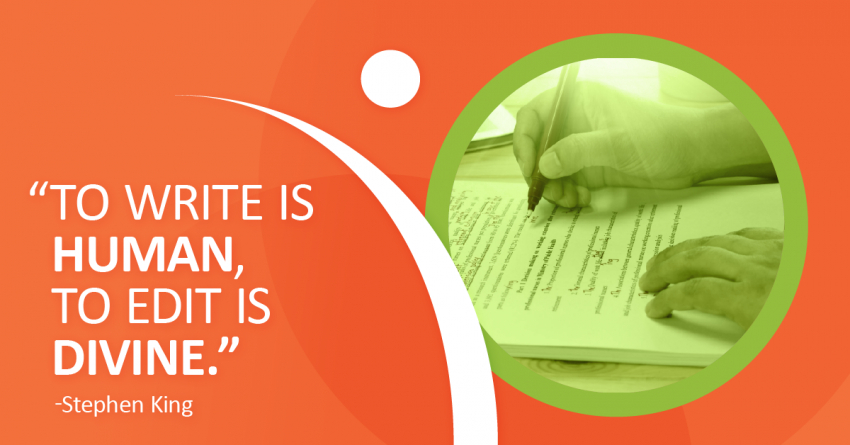 When it comes to writing advice, “clean” and “concise” are ubiquitous. These two words together describe “simplicity.” If a work is concise, it avoids superfluous details and meandering ideas; good writers know how to get straight to the point, and they do. If written content is clean, it reads with an organized flow without glaring errors; each sentence and paragraph transitions neatly into the next. Simplicity achieves all of that, plus a little more.

“To write is human, to edit is divine.”—Stephen King

Don’t be deceived—simplicity is not amateur. On the contrary, a simple work allows everyone and anyone to read and understand it.

“When something can be read without effort, great effort has gone into its writing.”—Enrique Jardiel Poncela

When tackling an article, proposal, or other lengthier work, keep these four tips in mind:

“I would have written a shorter letter, but I did not have the time."—Blaise Pascal

To an extent, these same ideas also apply to much shorter works like AEC social media promotions. Everything will be more bite-sized on social media, however. Twitter should have your most brief and distilled messages. The others should never tackle more than a single focus, and they should aim to leave an impact through concise, meaningful language. Shave off excess words, and do not be afraid to draft. Give your writing a few tries to find your best result—your clarity will thank you.