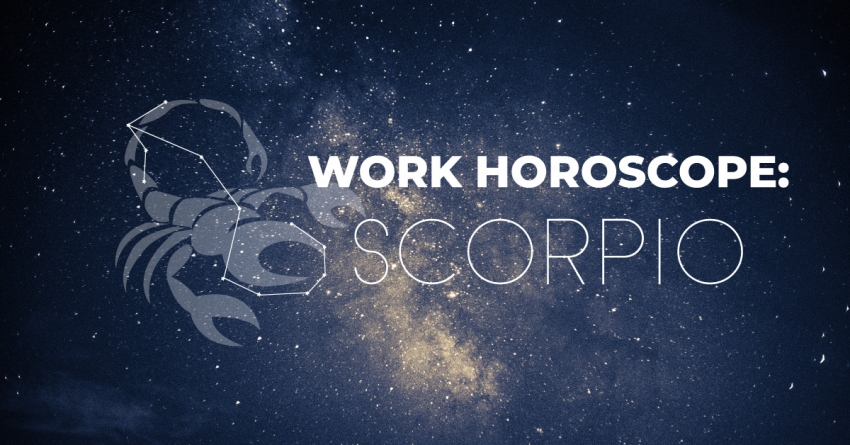 Scorpios, what are you waiting on? Your intuition has been telling you for a while to make moves for your future. You've put in the work; now is the time to strike.

Sir Giles Gilbert Scott, September 30 (1880-1960)
Architect
Born to a family of architects, Scott was a 22-year old student when he won the competition to design the Cathedral Church of Christ in Liverpool. Construction commenced in 1904 but in 1910 Scott changed his mind about his design, moving away from Gothic detailing and shifting toward a more modern style. Slowed by two world wars, the cathedral was finally completed 74 years later in 1978.

While his most noteworthy creation may be the iconic red telephone box, many music lovers will recognize the Battersea Power Station. The Art Deco structure appears on the cover of Pink Floyd’s “Animal” album and in the Beatles film “Help!”

Zaha Hadid, October 31 (1950-2016)
Architect
The Iraqi architect was the first woman and first Muslim to receive the Pritzker Prize in architecture. With a bachelor’s degree in mathematics, her geometric designs and style known as “desconstructivist” were characterized by a sense of fragmentation, instability, and movement. Projects like the Rosenthal Center for Contemporary Arts in Cincinnati and The Aquatics Center in London exemplify Hadid’s ability to bring the fabric of a city within a building.

She was twice awarded the Stirling Prize for the best building by a British architect.

Amar Bose, November 2 (1929-2013)
Electrical Engineer
As a young child Bose spent hours taking apart and fixing radio sets. His father borrowed $10,000 to send his son to the Massachusetts Institute of Technology and it can be argued he never left. He stayed there for nine years to complete his BS and then went on to earn his PhD. After graduating Bose went on to teach at MIT for 45 years.

The founder of the Bose Corporation, he was more interested in revolutionizing acoustics and speaker systems than making money. Bose was passionate about research and designed a software program that enabled acoustical engineers to simulate the sound from any seat in a large hall.

Olive Dennis, November 20 (1885-1957)
Civil Engineer
The second woman to obtain a Civil Engineering degree from Cornell University, Dennis went on to earn a master’s degree in mathematics and astronomy. She faced challenges finding a job as an engineer because of her gender and approached the president of the Baltimore and Ohio (B&O) Railroad and asked for a job. She started as a drafter in the engineering department. A year later Dennis was promoted to “service engineer”, a newly created position to improve passenger service and experience.

She went on to work for B&O Railroad for three decades and invented implemented many innovations to improve passenger service and experience.