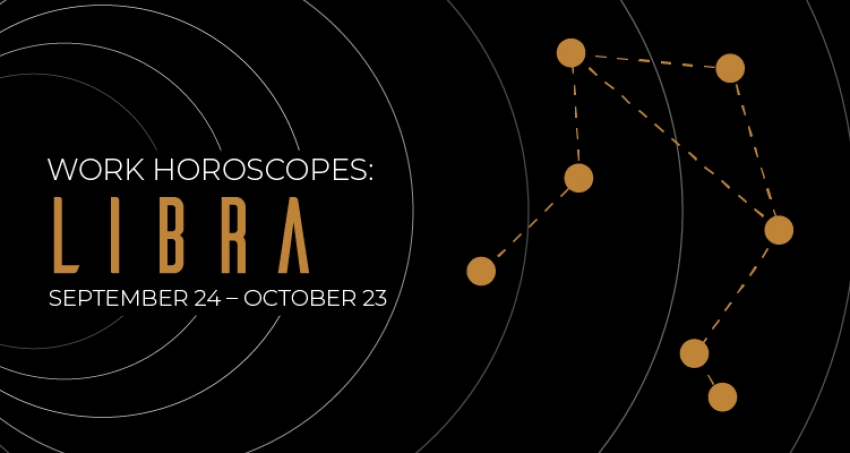 Being the sign of balance and fairness makes Libras ideal mediators and leaders in challenging situations. Not only are you good with people, but your sense of balance extends to aesthetics as well, your talents flourishing in both communication and art. Libras, as we begin your season, remember to balance yourselves—play to your strengths while remembering that you don’t have to be everywhere at once.

Architect
An American architect born in Massachusetts, Wallace Harrison is best known for his part in constructing the Rockefeller Center in New York City, but has executed a number of major public projects across New York including the Metropolitan Opera House and the Empire State Plaza. Having studied at École des Beaux-Arts and the Boston Architectural Club, he emerged as a primarily modernist architect. From being a member of the U.S. Commission of Fine Arts from 1955 to 1959 to being awarded the AIA Gold Medal in 1967, Harrison was able to leave a major aesthetic impact and legacy.

Civil Engineer
The first American woman to complete a four-year degree in civil engineering, Elmina Wilson continued to show her competence and drive as she finished the first master's degree in her field as well. Soon after, she became the first woman professor to teach engineering at her alma mater, Iowa State University. A woman of achievement and prestige, she joined Purdy and Henderson, a prestigious engineering firm that led to her participating in the work for both the Flatiron Building and Met Life Tower. Much of her work was done beside her sister, Alda Wilson, who graduated in the same field and, along with Elmina, was a staunch supporter of women’s education and suffrage.

Architect
As a Russian architect in his earlier years, Serge Chermayeff actually did most of his work in Britain before emigrating to the United States in 1940. Many of his works in Britain are now Listed Buildings, considered historic structures, and his greatest impact in America was in being co-founder of the American Society of Planners and Architects along with serving as a professor and architectural department chair of a slew of universities—from Brooklyn College to Harvard. Throughout his life, Chermayeff was an architect, designer, author, professor, and leader, a jack of many, excellent trades.