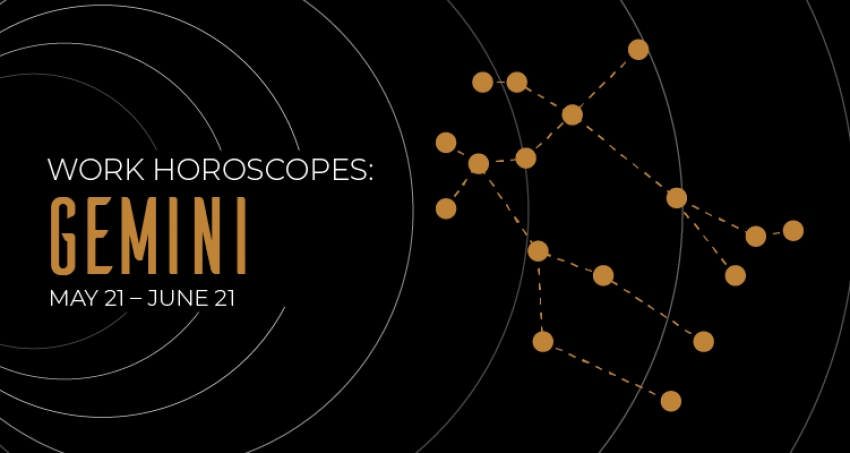 Whether you are an introverted or extroverted Gemini—or somewhere in between—you have a social dynamism and creativity that is invaluable in your field. Your strengths are in original thinking, charm, and knowing how to meet with your peers on tricky or complex ideas and problems. During this season, remember to have sympathy for your own restlessness as your energy reaches its peak—reach out for help if you need focus, and perhaps take comfort and inspiration from these AEC Geminis.

John Bardeen is a well-known figure in American science, and for good reason. Born in Wisconsin, he focused his career primarily on the physics end of his electrical engineering credentials, and he managed to make incredible steps in his field through hard work and collaboration. In 1956, he was awarded his first Nobel Prize in Physics for inventing the transistor with William Shockley and Walter Brattain. Key active components in virtually all electronic devices, semiconductor transistors allow for electronic signals to be amplified or switched for a variety of engineering purposes and are, for that reason, considered one of the greatest inventions of the 20th century. In 1972, John Bardeen was awarded his second Nobel Prize in Physics for the BCS theory he formulated with Leon N Cooper and John Robert Schrieffer, a theory focused on conventional superconductivity. He is the only person to have received two Nobel Prizes in Physics.

Born in Michigan and alumni of a slew of academic institutions, she was more than qualified for her achievements even though ill health and international events were repeated hurdles throughout her life. Because of her gender, when she sought employment in architecture, she was given reign over interior design instead of what was considered, at the time, more male-designated domains. From her beginnings in the industry there, she met Hans Knoll, who she married and, with him, built the reformed Knoll Associates up to be an international powerhouse. Specializing in furniture and interior design as a company, she became known for revolutionizing office design in particular, bringing modernist influences to their interiors. For her brilliance in the industry, she became the first woman to receive the Gold Medal for Industrial Design from the American Institute of Architects in 1961 and from there collected a number of accolades, including the National Medal of Arts.

Scottish through-and-through, John Rennie the Elder was born in Phantassie, Scotland to a family of farmers who did their best to support his early interest in mechanics. From the millwright workshop of Andrew Meikle, the inventor of the thresher machine, to the University of Edinburgh, Rennie continued to make brilliant changes to the industries he touched—one of his first being the change from wooden trundles to cast iron pinions. He started a career in 1791 as a mechanical engineer, beginning a long chain of influential changes carried on by his successors. A pioneer in the use of structural cast-iron, he designed canals and waterways, bridges, docks and harbors, lighthouses—all throughout Britain. His works included the stunning and prestigious Waterloo Bridge, the Kennet and Avon canal, Liverpool and London docks, the Plymouth Sound breakwater, and his swan song, London Bridge, which was finished postmortem. He is known for the firmness and solidity of his works, but also his seemingly inexhaustible resource and originality. In 2014, he was inducted into the Scottish Engineering Hall of Fame.

More in this category: « Work Horoscope: Taurus 16 Reasons We Love the AEC Industry »
back to top