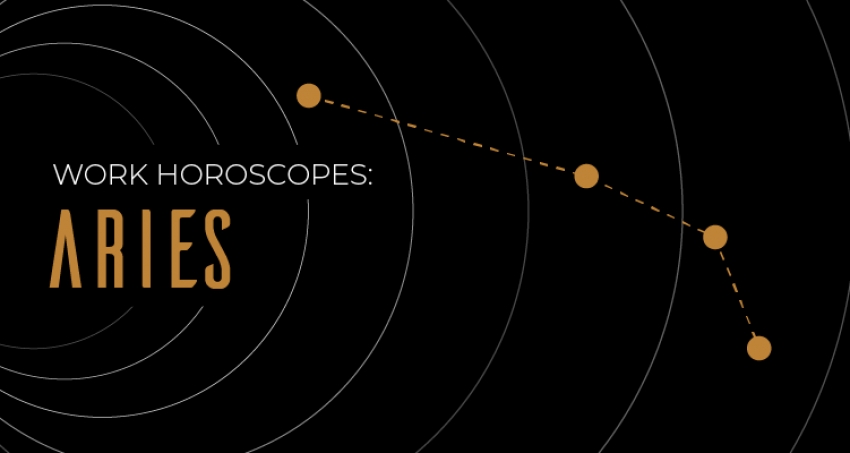 As the first sign of the zodiac, Aries seek challenges head on. Energetic, resilient and creative, you prefer artistic tasks over repetitive ones. Like Henry Van Velde and Ludwig Mies Van der Rohe, you explore ways to do something different. Apply your strong drive and competitiveness into your work. Push your strength and energy to accomplish your goals!

Ludwig Mies Van der Rohe, March 27 (1886-1969)
-
Architect and Designer
The son of a stone mason, Mies worked with his father but never received any formal architectural training. He served as leader of the Bauhaus until it was forced to close in 1933 by the Nazi government and in the late 1930s migrated to the U.S. and settled in Chicago. He headed the Illinois Institute of Technology for 20 years and developed what became known as the second Chicago school of architecture. Known for his role in the development of Modernism, Mies is considered one of the most influential architects of the 20th century.

One of his most famous projects, The Barcelona Pavilion, featured nothing but a pool, a sculptural nude and a few chairs Mies designed. The Barcelona chair has become a classic of 20th century furniture design.

Isambard Kingdom Brunel, April 9 (1806-1859)
-
Engineer and Inventor
Educated in England and France, Brunei is regarded as one of the greatest engineers of the 19th century. He’s best known for his design of the Great Western Railway. As chief engineer he oversaw the design and construction of a network of tunnels, bridges and viaducts that linked London to Bristol. Brunei is also known for designing several famous ships including the first steamship to provide transatlantic service.

In 2002 Brits were polled by the BBC to select the 100 Greatest Britons of all time. Brunei was voted the second Greatest Briton behind Winston Churchill.

Jorn Oberg Utzon, April 9 (1918-2008)
-
Architect
Born in Copenhagen to a father who was a naval architect and engineer, Utzon originally intended to become a naval engineer but opted to study architecture. When he was 31 he received a grant to travel in the USA and Mexico and during his travels he came into contact with influential architects of his day. When he was 38 he entered an open design contest for the design of an opera house in Sydney. A contest judge, Eero Saarinen, declared his design to be genius.

Utzon was forced to resign from the project seven years before the opera house was completed because of cost overruns, design disagreements and construction delays. Thirty years later he was awarded the Pritzker Prize for architecture. The opera house is considered one of the greatest architectural wonders of the modern era and is a United Nation’s World Heritage Site.

More in this category: « Work Horoscope: Pisces 16 Reasons We Love the AEC Industry »
back to top